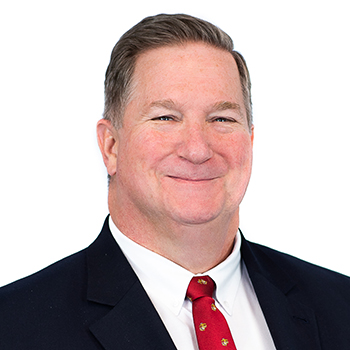 Jay Eckert is the Vice President and bank security officer located at the Gun Barrel City branch location. He has been a member of the First State Bank management team since July 1998, when he joined the bank as a loan officer focusing on commercial, installment and real estate loans.

Prior to his move to Athens, Jay was employed in the banking industry in Galveston, Texas where he was involved with startup branches for Texas Independent Bancshares.  He holds a bachelor’s degree in Finance from Baylor University.

He has been involved in several organizations in Henderson County including Kiwanis club, Athens High School Band and Athletic Booster Clubs, Henderson County Child Welfare Board and serves as a Reserve Police Officer for the Athens Police Department.

Jay and his wife reside in Athens, Texas and have three children.