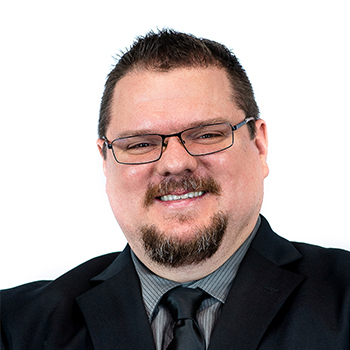 Joshua is the Vice President of Information Technology at First State Bank. He has spent his entire career in IT, providing support for a variety of small and medium size businesses, financial institutions, and government agencies. Joshua joined the First State Bank team in 2009 as the Systems Administrator, moving into the position of Vice President a little over a year later.

His interest in Computers began when Joshua’s parents purchased their first family computer. He was eleven years old and was immediately intrigued by technology. It was a fairly common sight to see him ride hisbicycle up to the local library in Overton, Texas and check out all sorts of books on Computers. He began his formal training in Information Technology at Kilgore College, focusing on Computer Repair. Throughout his career, he has obtained several industry certifications from Microsoft, IBM, Hewlett Packard, and Comptia. Joshua currently serves as part of the Trinity Valley Community College Computer Science Advisory Board in Athens.

Joshua and his family are proud to call Athens, TX their adopted home town. He and his wife have four children, and they actively serve in the community through their church’s outreach programs.